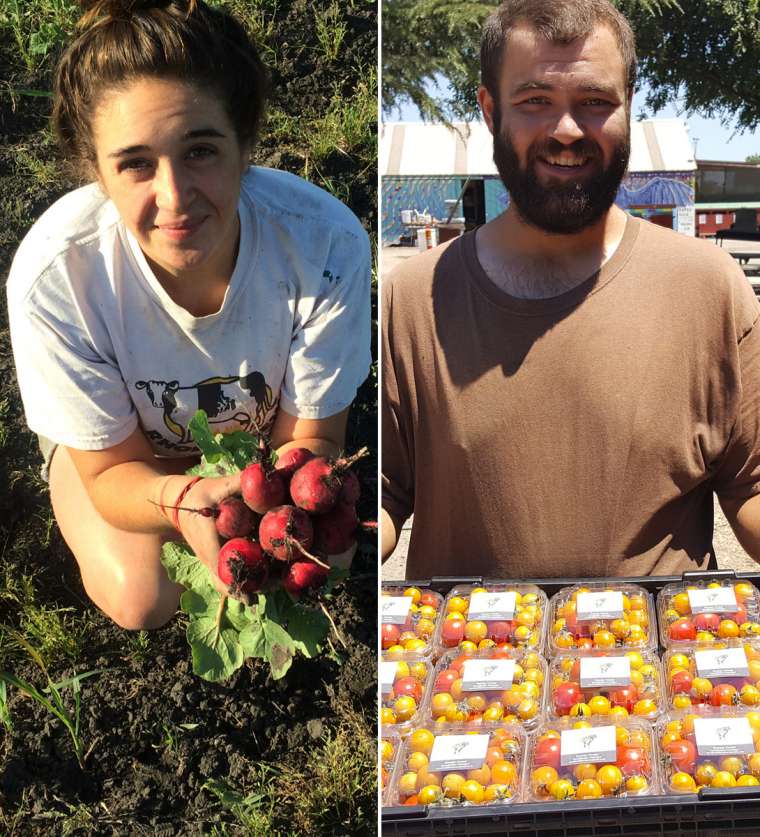 Ellie is a fourth-generation farmer from Rhode Island and Head Farmer at the Urban Edge. As a teen, she worked for a dairy farm, in diversified vegetable production, and as a cut-flower grower, among other jobs. In 2014, Ellie came to FGF through the WWOOF program (World Wide Opportunities on Organic Farms). With her tireless work ethic, passion for farming, and straightforward communication style, it wasn’t long before she was running her own independent farm project as a pilot farmer-in-training.

Born and raised in and around Detroit, Kenny spent his teen years selling patio furniture and working odd jobs. Fleeing Michigan in 2014, he discovered his passion for farming through the WWOOF program, which led him to better weather on the opposite end of the country—California and FGF. Kenny immediately identified with FGF’s mission, embracing the donation-based model for marketing vegetables as a tangible way of helping his neighbors. With his compassion, honesty, and genuine outlook on life, he brings great energy to the Urban Edge Farm team.

This October, Ellie and Kenny will be moving to Michigan to start their own organic farm.